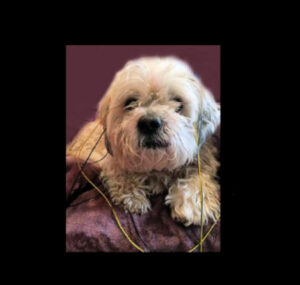 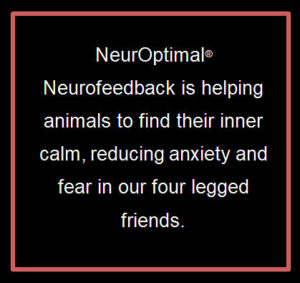 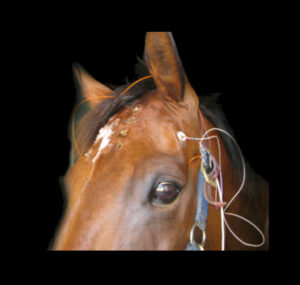 What clients are saying:

“I have a wonderful 7-year-old Australian Shepard and I love my dog. When Pippen was 5, she started having serious seizures. I have a veterinarian friend and she stabilized Pippen with medications. After a while, Pippen started breaking through the medication regime, having 2-3 seizures per week and I was at my wits end on what to do next. I was becoming

desperate. Buck told me that NeurOptimal® Dynamical Neurofeedback® has been used on dogs and horses to calm them down and suggested we start brain training Pippen. We started doing daily sessions which stopped her breakthroughs. We had tapered Pippen down to once a week or longer and I started getting lax on her NeurOptimal® sessions. Pippen hadn’t been given a session for a few weeks and she experienced a breakthrough again with seizures. We got back to her regular NeurOptimal® treatments and she is doing fine. I am so grateful and convinced that NeurOptimal® has provided Pippen relief, which gives peace to the family and myself. “
P.F.